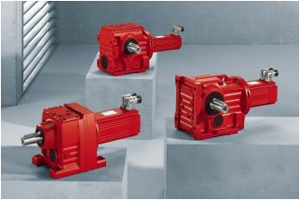 Wrexham Electrical Repairs are able to supply, maintain and repair most types of electrical gearboxes.

Having been dealing with all aspects of electro-mechanical devices since 1979, our experience means that we are able to assist with all of your electro-mechinical needs quickly and at the highest quality. 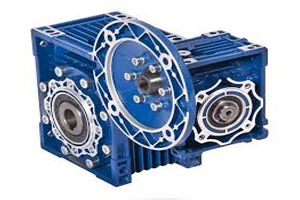 A worm drive is a gear arrangement in which a worm (which is a gear in the form of a screw) meshes with a worm gear (which is similar in appearance to a spur gear, and is also called a worm wheel). The terminology is often confused by imprecise use of the term worm gear to refer to the worm, the worm gear, or the worm drive as a unit.

Like other gear arrangements, a worm drive can reduce rotational speed or allow higher torque to be transmitted. The image shows a section of a gear box with a worm gear being driven by a worm. A worm is an example of a screw, one of the six simple machines. Wrexham Electrical Repairs are able to supply, maintain and repair many types and brands of worm drive / gearboxes and are always on hand to provide help and advice where needed.

Mechanical Variators control the speed variations needed when controlling industrial machines with gear boxes and can control both increases and decreases in speed dependent upon specific process requirements.

We supply high performance mechanical variators gearboxes, They have been designed and manufactured to maximise operational lifespan whilst functioning in cooler smoother conditions. Our mechanical speed variators are constructed to specific needs, with a range of motor power and speed they are perfect for all kinds of industry such as food process 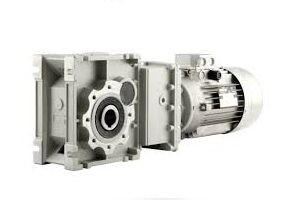 Helical or "dry fixed" gears offer a refinement over spur gears. The leading edges of the teeth are not parallel to the axis of rotation, but are set at an angle. Since the gear is curved, this angling causes the tooth shape to be a segment of a helix. Helical gears can be meshed in parallel or crossed orientations. The former refers to when the shafts are parallel to each other; this is the most common orientation. In the latter, the shafts are non-parallel, and in this configuration the gears are sometimes known as "skew gears".